The Future of the Pirates of the Caribbean Franchise

on June 16, 2020
Hi everyone! Over the last year or so there has been lots of discussion regarding the future of the Pirates of the Caribbean franchise. I am a huge fan of the pirate's films so I thought I'd share my thoughts on where I think the future of Pirates of the Caribbean is heading. I obviously have no idea what's next for this franchise, but it is fun to speculate. Plus, I think the one thing we can all be sure of is that there will be more pirates films because they are almost guaranteed money makers. 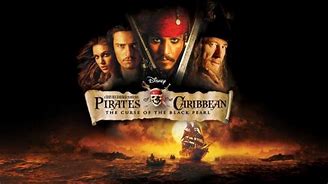 Let's start by looking at the rumours that have been circulating on social media. They seem to all agree that Johnny Depp is out, that there will be no more Captain Jack Sparrow. Whilst I can see why this is a tempting route for Disney to take, it is a huge risk. Most of us love these films because of Johnny Depp and his character, so to completely remove him could alienate some fans and it could also mean that people are less likely to pay out for a cinema ticket. There is also the rumour that Johnny Depp would be replaced by a woman - obviously whoever is cast would take on a different role, but they would be the lead. Whilst I love female leads and I certainly think that female leads should be in every genre but I am a strong believer in creating brilliant original female characters rather than gender bending male characters - I think women deserve better than that. However, a female led spin off trilogy could be great, so I think the possibility of a female lead all depends on how Disney choose to go about it. 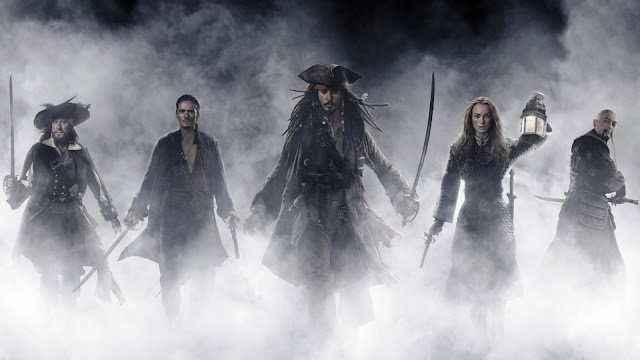 Now if they do decide to do another pirates film with Johnny's Jack Sparrow as the lead things do need to change. If you compare Sparrow in The Curse of the Black Pearl to Sparrow in Dead Men Tell No Tells it is like watching a similar but different not as great character. Jack went from being a pretty brilliant pirate, yes, he was a drunk and a bit of a joke at times, but he had a commanding presence and was able to have a pretty awesome sword fight without screaming every 20 seconds. Whereas in the last two instalments he's become nothing more than the joke of the film, with no real authority and I think the word he says most in these films is 'Ahhhhhh'! So I would love to see a pirates movie that channels the original three films and I would love for the creators to strip Jack's character back and turn him back into the pirate that deserved a place on the pirate counsel and a pirate that had a fearsome reputation. Johnny Depp is certainly capable of this and Disney should be too. 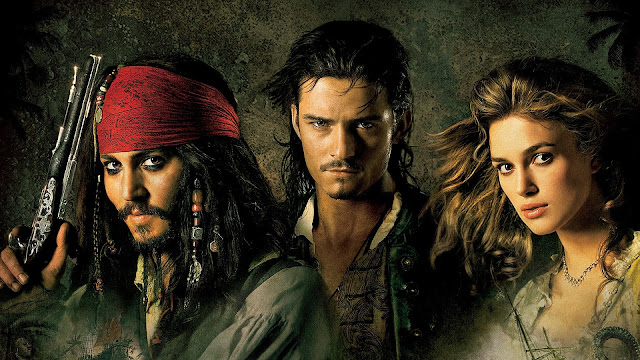 So, what protentional storylines are there? As I mentioned above there is scope for a female led spin off film, however spin off characters tend to work best when they are introduced in a non-spin off movie and unless the spin off follows Elizabeth Swann then we do not have a strong enough female character in the universe. Therefore, I think Disney should do one more film with Johnny Depp as the lead where an original female character is introduced. There is certainly content for another Captain Jack film - the after credits scene from Dead Men Tell No Tales hints that there was an intention to make a sixth film with Johnny Depp, Orlando Bloom and Keira Knightley all returning. That is what I want and I'm sure that's what a lot of people would love to see, after all they are the leads of the original three films. and they made pirates the success it is. Another potential direction would be to do a prequal, I know some people hate prequals but just imagine a prequel set around Captain Jack as a fearless 20/30 something pirate? We got a taste of that in Dead Men Tell No Tells and I loved it! I think it would be great to see more of how Jack became Jack.

So, there you have it. These are of course just my opinions, but I've highlighted a few possible paths the Pirates of the Caribbean franchise could take in the coming years. Whilst I think changes are necessary, I think taking a full move away from Captain Jack Sparrow would be a huge mistake and a huge risk. There are ways to move the franchise away from Jack Sparrow however they need to first redeem his character and give him a fantastic ending. I cannot wait to walk into the cinema to watch a Pirates of the Caribbean film in the near future.

Please let me know where you think the future of Pirates of the Caribbean franchise lies.