Most Anticipated movies of 2020

on January 03, 2020
Happy New Year everyone!! I hope your Christmas was fabulous. 2019 was a great year for the film industry (make sure you check out my top films of the decade: Click Here) and it looks like at least the next two years could be even better. 2020s film line up is interesting, there are no Wizarding World movies, no Star Wars and no huge Disney animations but there is still a huge number of movies to look forward to. I have created a list of movies I am most looking forward to (there are so many that I've had to really narrow down the list.) Give the post a read and let me know in the comments which films are you looking forward to in 2020.

Check out my list of Inspirational Female Characters here:  https://thisisjustafilmblog.blogspot.com/2020/01/15-inspirational-female-characters.html 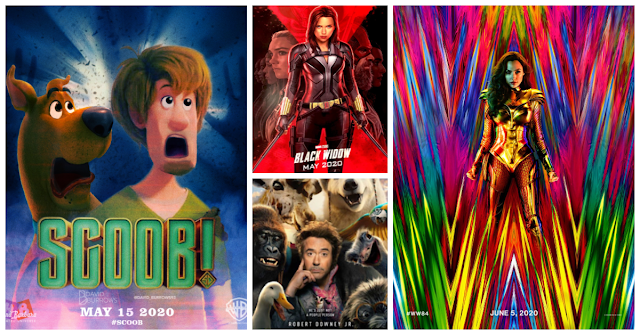 So that's my list! There are some other great films to look forward to this year from: 1917 (Sam Mendes), Misbehaviour (Philippa Lowthorpe), Tenet (Christopher Nolan), Dune (Denis Villeneuve), Bad Boys For Life (Bilall Fallah and Adil El Arbi), Jungle Cruise (Jaume Collet-Serra), The Call of The Wild (Chris Sanders) and so many more. Let me know what films you are looking forward to seeing. Bring on 2020!!

Please check out some of my other posts here: https://thisisjustafilmblog.blogspot.com/