on March 31, 2020
With cinema screens closed until further notice and months of movies being pushed back, the movie industry is experiencing an uncertain time like all of us. Some are using this time to speculate whether cinema will change forever, die out or end the year stronger than ever. But others are pushing for the release of movies direct to download, whilst in some cases I think this is great, for example in the case of Birds of Prey and Onward both of which were released at cinemas just before they were shut. But debating if films that have been pushed back should be pushed straight to download seems odd to me. I have recently seen a lot of talk surrounding the release of the next MCU movie Black Widow and I wanted to address this myself. Please read on to see why I believe Black Widow will and should get a full theatrical release.

We now know that Black Widow will get a full Cinematic release in November 2020! Keep up to date with the new movie release calendar here: https://thisisjustafilmblog.blogspot.com/2020/03/movie-release-updates. 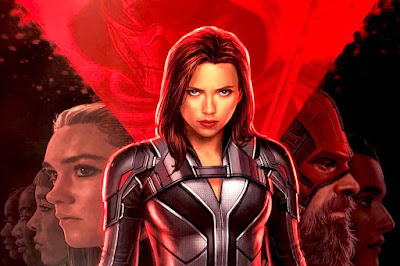 Firstly, moving Black Widow direct to download would be a huge step backwards. For years we have waited for a solo Black Widow movie, let's face it this film is well past it's due date which should have been in phase two. Those of us that have waited for years deserve to see this film in its full cinematic glory. Moreover, would people even be suggesting an MCU movie be moved direct to download if it were a male led movie? I certainly think not. For Black Widow to not get a cinematic release would be a huge step backwards and would only fuel the argument that Women should not lead superhero films. Black Widow is a highly important film as the second female lead MCU movie and there is a lot of us that cannot wait to experience this film. Women belong in superhero films. 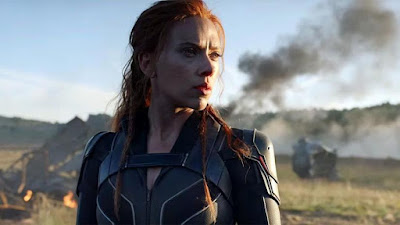 Secondly, watching a movie at the cinema and watching a movie at home are very different experiences. Movies are intended to be a form of escapism and cinemas provide the space for that. When you go to the cinema, your whole focus is on the movie, the screen and the sound overwhelm your senses allowing you to get fully engrossed in the action. This helps create emotional connections. Whereas at home there are countless distractions, the screen is much smaller, the sound less effective and there is the option to pause the film. All of which lowers your attention to the film. How many of us still look at our phones when watching a movie at home? That's why I think every movie that is made with the intention of cinematic release should get a cinematic release.

Thirdly, just look at the success of the MCU! Do you really think a film like Black Widow that stands to make at least millions and has the protentional to hit the one billion mark would even be considered as a non-cinematic release? So why would Disney knowingly choose to not make money? Sadly, one of the first things I learnt about Hollywood was that Cinema is about making money! A movies success is often based on its box office takings. So, It seems silly to me that people really thinking Black Widow releasing to digital is even a slight possibility. 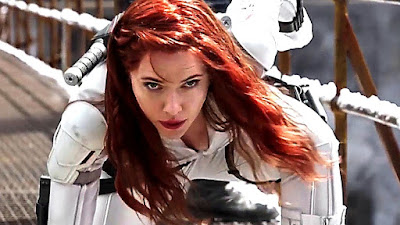 So, there you have it. I really do feel that Black Widow deserves a theatrical release. The marketing has already been done and can be used later in the year, ticket sales had not yet begun so there are no refund issues, Black Widow is perfectly set for a cinematic release. Also just think about all the people it took to make Black Widow! Their work deserves to be shown on the cinema screen, suggesting anything else belittles their work and their passion. So, I cannot wait for November when we finally get to see Black Widow.

Thank you for reading, stay safe and stay home xx