on February 22, 2020
'Ogres have layers. Onions have Layers. We both have Layers.' (Shrek, 2001). This post is a little different to what I normally post, but something I find myself doing from time to time is re-thinking/writing movies and last night I watched Shrek 2 (2004) and ended up planning out an alternative ending, which lead to a re-work of Shrek The Third (2007) and Shrek Forever After (2010). When Shrek was released in 2001 it was a huge hit and a game changer for DreamWorks. The problem I have with the Shrek franchise is Shrek The Third and Shrek Forever After, the first two movies are brilliant but three and four are nowhere near as good. So, throughout this post I am going to share my rewrite ideas of three and four starting with the changes I would make to the end of Shrek 2. I really hope you enjoy this post and I would love to read your thoughts so make sure you leave a comment.

You can purchase the four film Shrek boxset by CLICKING HERE 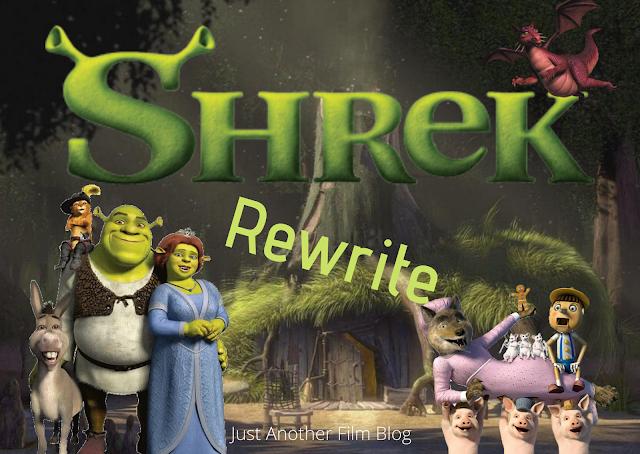 The Ending of Shrek 2:
Shrek 2 is overall a great film and the only changes I would make happen towards the end of the narrative. As you know Shrek and Fiona spend the majority of the film as Humans. In the final showdown with The Fairy Godmother they decide to change back into ogres. This is where my first change would have come into play, I think that Shrek and Fiona should have stayed human. I know a lot of people would hate this idea but read the rest of this post for my reasoning. Other than that one change I would have left pretty much everything else the same - I would have added a quick scene of Dragon in her transformed form as a Pegasus because who wouldn't love to see that transformation? 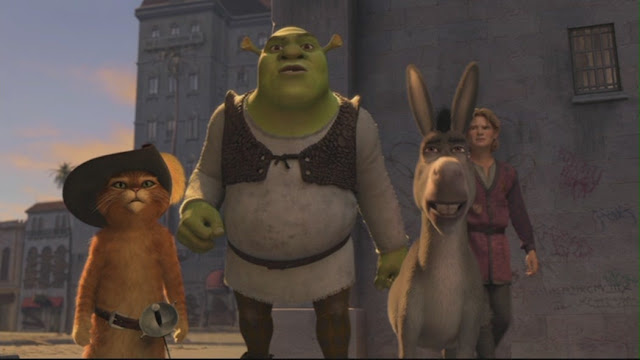 Shrek The Third:
Firstly, I would have simplified the title to just Shrek 3. Shrek 3 would have opened in the same way with the death of The King - but Shrek and Fiona would still be human. After the Kings death Shrek and Fiona confess that they are unhappy living life in human bodies.

Shrek decides to track down the famous and all-powerful wizard Merlin, Donkey and Puss-in-Boots joining him on the quest. Fiona originally intends on being part of the quest however there is a new threat to Far Far Away and Fiona decides that she must stay in order to protect her kingdom. The new threat would be Prince Charming - who after the death of his mother picks up her wand only to discover that he has magic too, he vows to take revenge on Shrek and Fiona. Shrek, Donkey and Puss-in-Boots would discover Merlin with ease only to discover that he has no magic - it is revealed that it's Arthur that has magic and that the rumours surrounding Merlin had started because he seemed more magical. Merlin leads the group to Arthur. 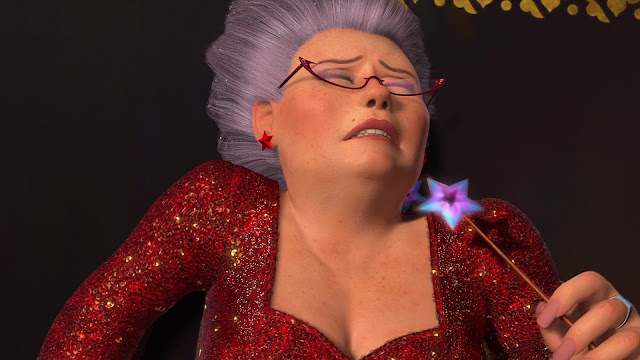 Meanwhile in Far Far Away Charming tries to converse with his mother eventually 'bring her back' in bubble form. The Fairy Godmother would soon take over Charming's plan. Fiona alongside the royal guard take on Charming's minions until The Fairy Godmother gets involved and locks Fiona up. Eventually Arthur and Shrek would return to Far Far Away on the back of Dragon. Arthur fights the Fairy Godmother; Fiona having escaped her cell takes on charming in combat. Arthur defeats The Fairy Godmother, Charming furious picks up her wand only to be knocked over by Puss and Donkey, Fiona catches the wand and snaps it in half. Arthur turns the pair back to ogres. 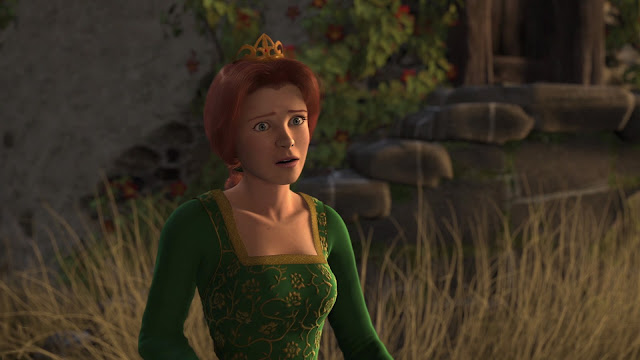 Shrek Forever After:
Again the first think I would have done is Change the title to Shrek 4. Shrek and Fiona carry out royal life, Neither want to rule and want to return to the Swamp. Donkey and Puss are loving life as members of the royal household, Donkey especially. Both Arthur and Merlin have remained in Far Far Away and Arthur is starting to show his leadership qualities.

When it is revealed that Fiona is expecting a baby, Fiona worries that she will end up being a bad parent and worries that she might one day send her child to live in a dragon guarded castle. Shrek tells Fiona that there is nothing to worry about but then his own doubts begin to set in. Shrek and Fiona decide to undertake one more quest - to find other ogres. Before they leave, they ask Arthur to stand in as king, he accepts with Queen Lillian staying to assist. 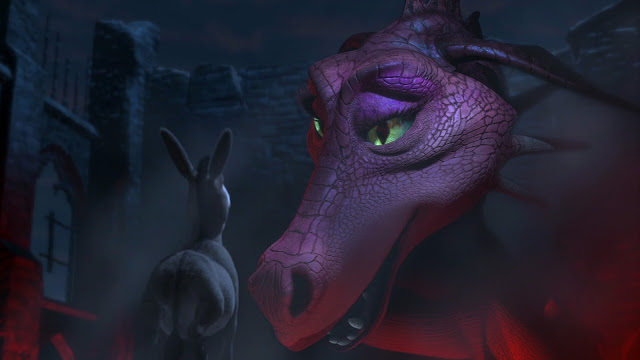 Shrek, Fiona, Donkey and Puss venture into the unknown, facing many threats along the way. Due to one of these threats, the group gets split. Fiona and Donkey find the ogres to discover that they have always been misunderstood, and they had been hunted for years until they hid. Shrek and Puss however begin to loss hope and Shrek starts to think that he should let Fiona raise their child alone. Fiona is able to reassure Shrek when they find each other. They eventually return to the Swamp before the birth of their child, Donkey and Puss returns with them. Arthur is crowned King of Far Far Away.  THE END.


So, there you have it - my version of Shrek! I really hope you enjoyed this post; I will be posting some more of my movie rewrites very soon.