on February 09, 2020
It's once again time for the Oscar's. Last year I decided to start my own film awards the JAFB Awards and I received an overwhelming response! So, I am very happy to share with you the winners of The JABF Awards 2020. If you missed my post last year you should probably know that I my issue with the Oscars is their lack of diversity not just in gender, race and background but in genre - I give awards to the films I enjoyed over the past year, most of which are popular movies.

2019 was a huge year for film and for Disney in particular however this success is not reflected in the Oscar nominations - not that I'm surprised. Last year Black Panther was nominated for seven awards and was the first superhero movie to be nominated for best picture. Black Panther won three awards but if this year's nominations highlight anything it's that Black Panther never stood a chance of winning best picture and may have only gotten the nomination in the name of diversity which is awful. In 2019 Avengers: Endgame became the highest grossing film of all time - however it has only received one Oscar nomination. Diversity wise the Oscars is making no moves to change, with most nominations going to white males - all of the best picture nominations feature male leads and no female directors have been nominated. The Oscars year on year highlight the lack of equality in the film industry as a whole and it is time for change.

So, without further ado let's get to the winners of The JAFB Awards: 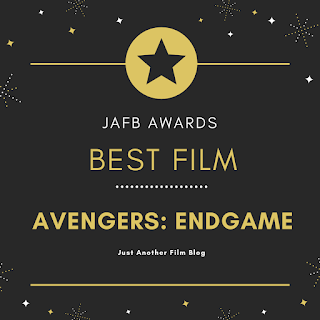 Frozen II is a beautiful tale of two sisters as they discover their destiny. Frozen II is beautifully animated and I am shocked it didn't get the Oscar nomination. Frozen II beats all the animated competition and is well deserving of this award. Check out my Frozen II review by clicking here. 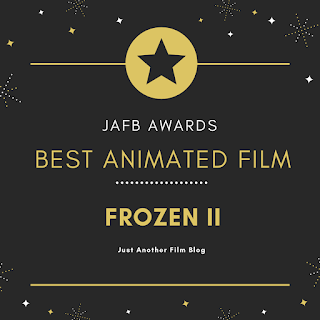 I mean 1917 is shot and edited to look like a single continuous shot which is outstanding! The amount of skill, time and talent that went into filming 1917 is unmatched. 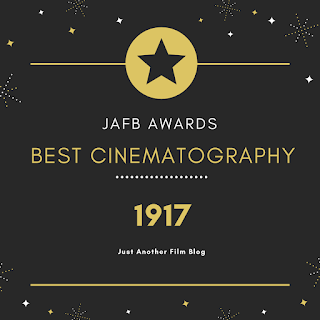 There were a lot of contenders for this award, but Spider-Man: Far From home was the clear winner for me. This film used CGI to create illusions and the drones that create the illusions! The whole nightmare scene is stunning and that is why Spider-Man is my winner. Check out my Spider-Man Far From Home review by clicking here. 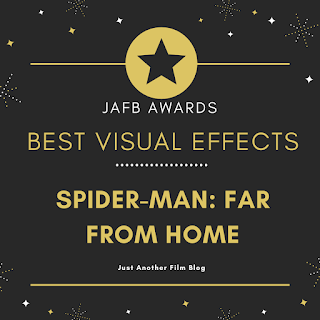 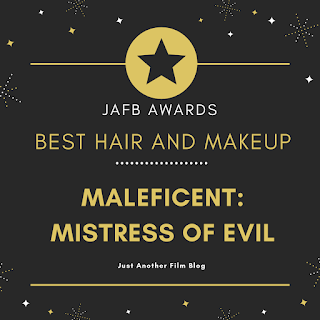 The attention of detail that goes into creating the costumes we see in Downton Abbey is outstanding. Each piece is time accurate and well researched. I love the costumes so so much! Check out my Downton Abbey review by clicking here. 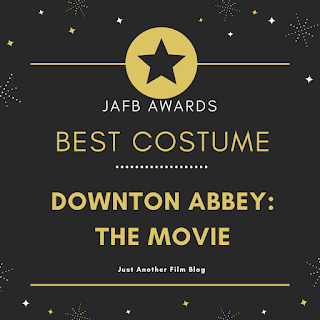 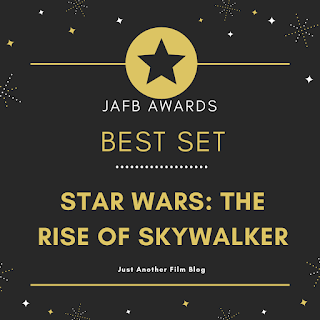 Danny Elfman's score is mesmerising and beautiful, I have been listening to it on repeat! Every moment of the score adds to the onscreen visual, creating a sense of wonder and beauty. Check out my Dumbo review by clicking here. 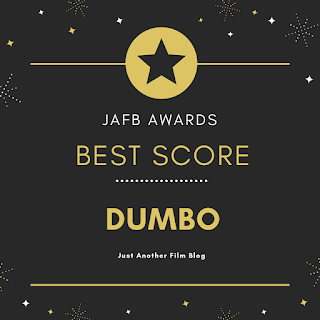 I know everyone thinks 'Into the Unknown' is the best song from Frozen II but personally 'Show Yourself' is not only the best song in Frozen II but it is also the best movie song of the year. The song is catchy, it builds, and it brings the whole narrative together and I love it. 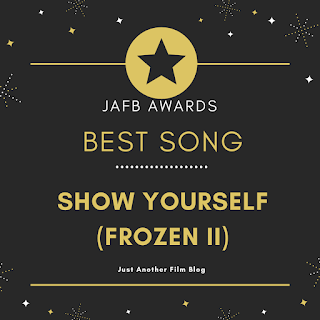 The second I saw Judy I knew that Renee Zellwegre was the winner of the best actress award. Her performance is outstanding, and I really connected with her portrayal of Judy Garland. Please check out my Judy review by clicking here. 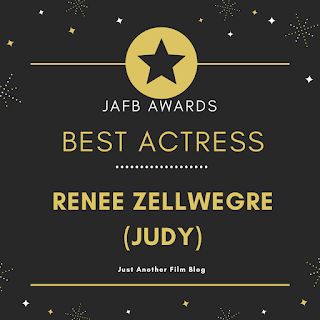 Taron Egerton's portrayal of Elton John is fantastic, I felt that he was believable throughout the film and I fully enjoyed him in this role. It takes real skill to portray a real person and that is why I think Egerton is a worthy winner. 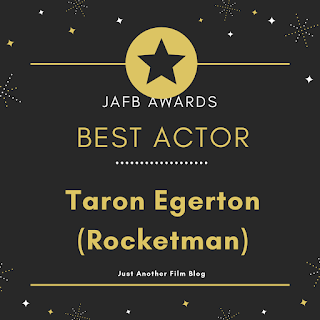 Portals brought together eleven years of hard work and characterisation in a thrilling scene. Portals was so epic that it is the only contender for this award. 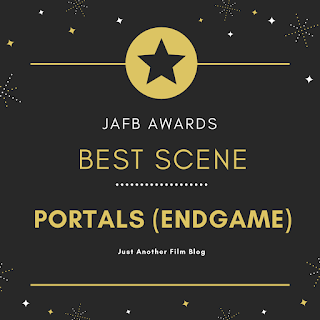 I decided to give the notable film award to Aladdin because I really love this film! Never have I laughed at jam jokes so much in my life. Whenever I don't know what to watch I put on Aladdin - it's a fun easy watch film that stole 2019. 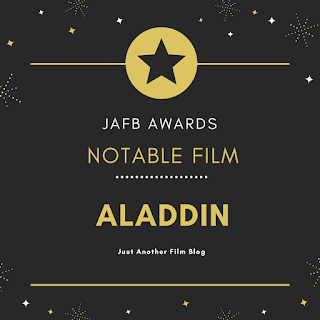 I'm ending on a different award this year, last year we saw the end of Game of Thrones and although the final season was not what I expected there is no denying what this show did for the TV industry. Game of Thrones captured the masses and I think it will be a long time until another show gets the same traction. I think the show was brilliant and for that reason I have awarded Game of Thrones with the JAFB achievement award. 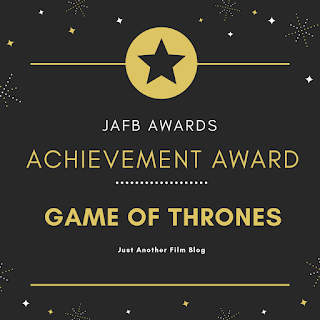 Congratulations to all of the winners!!

I hope you enjoyed my winners and this post. Please let me know what you think of the Oscars in the comments below.

Check out my of my posts here: https://thisisjustafilmblog.blogspot.com/