on December 28, 2019
2020 is right around the corner which means we are on the verge of a new decade. The 2010's have been full of amazing movie moments including: The MCU, the ending of Harry Potter and a new Star Wars trilogy - let's hope the 2020's can give us this level of exciting cinema. I have decided to share my faviourte movies from the decade with you all - this post was hard work because I discovered that I loved far too many movies. Please let me know in the comments below which films have been your favourites over the past 10 years!! 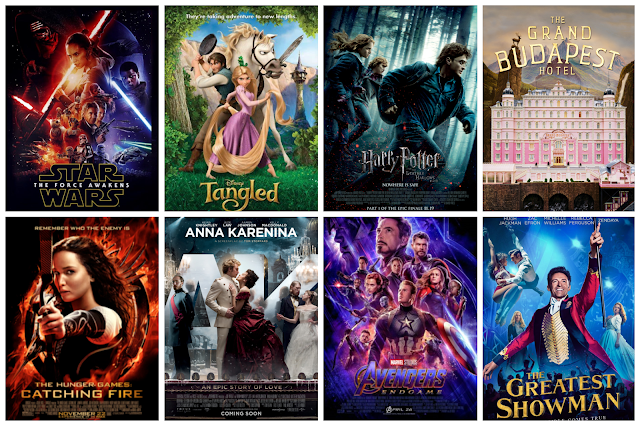 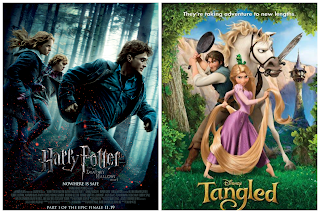 Harry Potter and The Deathly Hallows Part 1 (Warner Bros, David Yates) - I love everything about this film, it's the best acted Harry Potter film, it is beautifully shot, and emotion is at the very centre of the narrative. Favourite Scene: Harry and Hermione Dance.

Tangled (Disney, Nathan Greno and Byron Howard) - Tangled is my all-time favourite Disney film, this film has lovely songs, brilliant comedy and great characters. It is also the most beautifully animated Disney film ever - next time you watch this film make sure you take in all of the detail. Favourite Scene: the tower reveal. 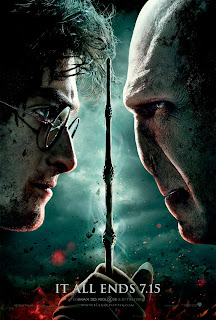 Harry Potter and the Deathly Hallows Part 2 (Warner Bros, David Yates) - The end of an era! This film makes me cry every time, as a huge Harry Potter fan I remember being so excited - it was the first time I really felt hyped for a film - plus the posters didn't even have the film title on because everyone knew what the film was, which is awesome. Favourite Scene: Castle fight (which is shot and choreographed perfectly). 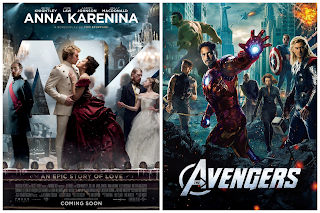 Anna Karenina (Working Title, Joe Wright) - The first time I saw this film I fell in love, it's so beautiful and the way it's filmed is unlike anything I have ever seen. I loved this film so much that several years later I wrote my master's dissertation on it. Favourite Scene: The roof opens to show fireworks.

The Avengers (Marvel Studios, Joss Whedon) - The Avengers is the first proper superhero team up movie and it did not disappoint! The hype that surrounded this film was incredible and it showed the potential of the MCU. Favourite Scene: The team up hero spin. 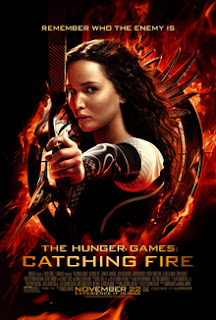 The Hunger Games: Catching Fire (Lionsgate, Francis Lawrence) - The marketing surrounding this film was on another level - I had never been so invested in poster releases and interviews before. This film is better than the first, the costumes, sets and acting are stunning throughout. Favourite Scene: Katniss gets rescued from the arena. 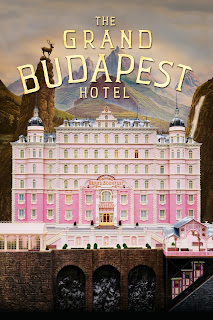 The Grand Budapest Hotel (Fox, Wes Anderson) - everything about this film is perfect. I love everything, Wes Anderson created a movie that is so unique and memorable. I really love the characters, the colours, the acting - everything. Favourite Scene: Gustave runs from the police. 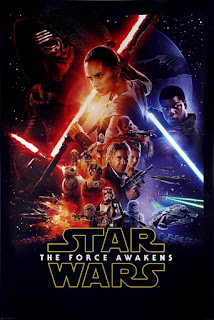 Star Wars: The Force Awakens (Lucasfilm, J.J. Abrams) - Was the first Star Wars film I was old enough to see at the cinema and it was also my first midnight screening! I loved this film, not only are the characters great but the narrative was focused and full of emotion. Favourite Scene: Rey gets the lightsaber. 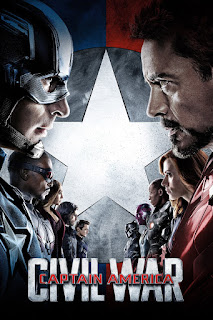 Captain America: Civil War (Marvel Studios, Russo brothers) - The first MCU movie that sees the superheroes fight each other. This film marks a change in the relationships of the MCU characters and is so full of epic moments that I love it. Plus, we finally got Spider-Man. Favourite Scene: The airport fight. 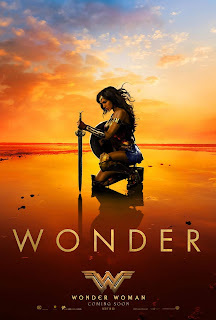 Wonder Woman (DC Entertainment, Patty Jenkins) - Wonder Woman holds a special place in my heart, not only is it an awesome movie, it's funny and it's a female superhero movie. I love the narrative and the links to mythology. Favourite Scene: The trench scene. 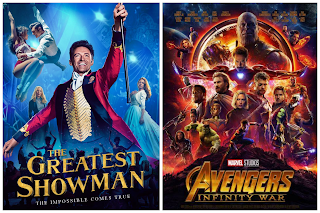 The Greatest Showman (20th Century Fox, Michael Gracey) - This film is my all-time favourite musical, the songs are so amazing!! The film is beautiful, and every circus scene is perfect, the messages throughout are meaningful and the dance numbers stunning. Favourite Scene: The final scene with the circus tent.


Avengers: Infinity War (Marvel Studios, Russo brothers) - possibly the best superhero movie ever made, Infinity War is faultless. The brilliant thing about this movie is it ends with the bad guy winning, the shocked chill you feel when Thanos snaps is unlike anything else. Favourite Scene: Thor arrives on Earth. 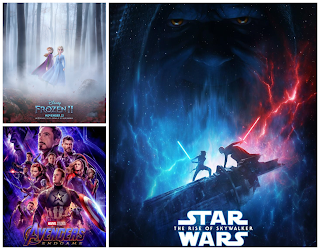 Avengers: Endgame (Marvel Studios, Russo brothers) - Avengers: Endgame is the biggest cinematic event of the decade in my opinion. It is the product of 11 years and it did not disappoint; I've not cried so much at a movie ever, it is a work of art that deserves the title of top grossing film of all time. Favourite Scene: Portals.

Frozen 2 (Disney, Chris Buck and Jennifer Lee) - Disney couldn't let Frozen go and I am so glad. I finally caught Frozen fever this year, Frozen 2 spoke to me on a level I never thought a Disney film would, the songs are great, and the narrative is faultless. Favourite Scene: 'Show Yourself'.

Star Wars: The Rise of Skywalker (Lucasfilm, J.J. Abrams) - There's nothing quite like watching a Star Wars film for the first time, I loved this film, I sat on the edge of my seat the entire time. The story is great, and the CGI is stunning. Favourite Scene: Ben and Rey on Exegol.

So, there you have it. My Favourite films of the last ten years. I love all of these films so much and for so many different reasons. I cannot wait to see what the next ten years have in store for us. I'll be posting my most anticipated films of 2020 list very soon so make sure you keep an eye out for that post. I hope you've enjoyed my list!