on September 23, 2019
The second Frozen trailer is finally here! I did a trailer reaction for the first trailer, so I thought I'd give it a go again. I have a feeling this film is going to outweigh all our expectations, from the look of this trailer it seems that Disney thought well outside the box and committed to it, which makes me very excited. Although no glimpse of a song yet, I guess we won't get anything until the film is actually released, so hurry up 22nd November! 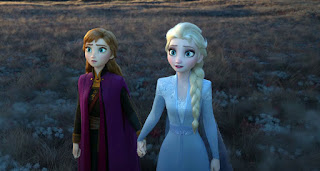 Love Autumn? Then check out my Autumn bucket list:             https://thisisjustafilmblog.blogspot.com/2019/09/autumn-bucket-list.html

Here's the trailer so make sure you give it a quick watch if you haven't already!!

Wow what a trailer! I am so excited!!

Please let me know what you thought in the comments below!