on January 11, 2019
With Game of Thrones season 8 just around the corner I have decided to share my theories with you all. It has been revealed that each of the 6 episodes in the final season are basically mini movies, so it's fair to say this is going to be an epic finale. There are a few moments that I can't wait for: the final battle which is being teased as the biggest battle ever, Jon finding out who he really is, a Stark reunion, Daenerys having a conversation with Jaime, Lyanna being a boss. I'm sure this is going to be a season of discovery, more deception and more death. Read on to find out my predictions, there will be spoilers from the last 7 seasons so if you are not all caught up you have been warned.

Update: Check out my episode reaction each week - CLICK HERE! 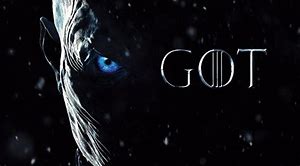 I am under no Illusion that both Jon and Dani will Survive final season alive and happy. This theory stems from the Prince that was Promised theory, where the Prince would destroy the Night King with a flaming sword. If we are to believe that the Prince that was Promised and Azor Ahai are the same person which I believe they are then all fingers point to either Jon or Dani being said promised prince (it was revealed in season 7 that Prince could also be Princess). Which would mean either Dani or Jon will wield the sword Light-bringer - prophecy has it that Light-bringer was created by Azor Ahai when he stabbed his love Nissa Nissa through the heart. So Jon will have to kill Dani or Dani will have to kill Jon. 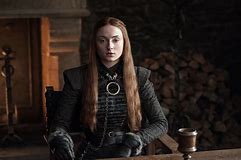 Jon will ride a dragon
Jon will finally ride a dragon! Now we know he is a Targaryen it is only a matter of time before he flies Rhaegal. This moment however depends on Jon finding out his true lineage and his true name 'Aegon'. A moment from season 7 where Jon tells Theon that he is both a Greyjoy and a Stark, hints that Jon will have to come to terms with the fact that he is both a Stark and a Targaryen and the rightful ruler of the seven kingdom. I literally cannot wait for all of this.

Gendry is Cersei's son
So Cersei mentions that her first child was a boy that had dark hair and was King Roberts but he died. We know that Gendry is King Roberts son but what if he is the child that Cersei thought was dead?

Daenerys will have to fight Viserion
In what could be one of the hardest scenes to watch I think that Daenerys will have to take Drogon into battle with Viserion. Considering she sees the three dragons as her children this is going to be incredibly sad and emotional for both Dani and us. 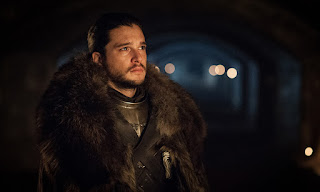 Tyrion made a deal with Cersei
We never see the conversation Tyrion has with older sister Cersei in the final episode of season 7 and I am almost certain that he made some sort of deal with her. Tyrion knows that Daenerys may be unable to have children (but I think she will have Jon child - and that child may end up on the throne) and he knows that Cersei is pregnant, so he may have made some sort of deal that he will betray Daenerys so that his nephew or niece can have the throne. Which would give meaning to look on his face at the end of season 7.

Lady Stoneheart
I still hold out hope that we might get a glimpse of Lady Stoneheart. For those that don't know in the books Catelyn Stark becomes Lady Stoneheart after the Red Woman uses her magic on her. She has yet to show up in the TV show.

Jaime will kill Cersei
This is pretty much a given now I think, we know that the final part of Cersei's prophecy states that she will die at the hand of the 'Valonque' which means little brother. Both Jaime and Tyrion are her younger brothers but it just seems more twisted that Jaime will be the one to kill her. 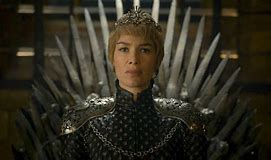 Jon will become the Night King
I know this is a way out theory and I can't really explain how I came to this theory. But my prediction is that the Night King is a stark/Targaryen the same as Jon so I mean Jon becoming the Night King could be on the table.

Arya will have Sansa's back - Unless she makes a move against Jon
Now that the Stark sisters are reunited I think they will stick together as a team which would mean that Arya will protect her sister, who I think is about to set her own schemes in motion. However Arya and Jon were always close so I think if Sansa makes a move against Jon - Either to betray him, Seize power, disown him which I think is defiantly going to happen because theres a huge chance Sansa could end up on the Iron Throne, Arya would turn on her sister. 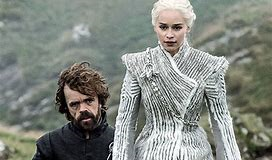 Euron will go after Daenerys and her Dragons
In the books Euron has a dragon horn which will allow him to control a dragon, this horn has not been introduced in the TV show, but it could show up in the final season. Also Euron wants to marry a Queen, he wants power, if at any point it looks like Daenerys will end up on the Iron Throne I think Euron might betray Cersei and pursue Dani.

Daario will be with the golden company
So this is a long shot as we haven't seen Daario since Daenerys left him in to rule Slavers Bay for her. But some part of me thinks he could make an appearance in at least one more episode. 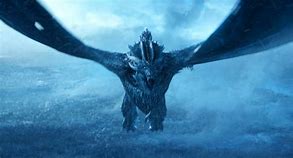 The Red Woman will die
We already know that Melisandre will die in Westeros, so it is only a matter of time before we see her death. How could she die: Jon will kill her, she will die trying to resurrect someone of something.


Characters that could die
These are my predictions of who might die: Cersei, Daenerys, Jorah, Jon, Sansa, Davos, Melisandre, Grey Worm, Varys.

So these are my theories. I can't wait for the new series to begin, it is sure to be a brilliant conclusion to an epic show. Please give this a share if you like them and let me know your theories in the comments below.

Thank you all for reading