on December 07, 2018
So whilst we wait for possibly the biggest film of all time, a film that has so much hype surrounding it before even having an official title, poster or trailer I have decided to write down my theories for Avengers: Endgame. Way back in March 2018 I did a very similar thing for Avengers: Infinity War, but most of my theories were wrong and I've realised now that I expected Infinity War to be 'end game', however it became apparent after watching the film that it is in fact Avengers 4 that will change the MCU forever. That first trailer is incredible and I am so EXCITED!!!!
Read on to find out my theories for Avengers: Endgame. There will be spoilers from possibly all of the pervious MCU films (But come on some of them have been out 10 years now). 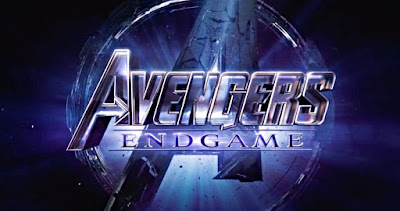 1) Time Travel
So there has been lots of speculation regarding Time Travel, and from the images we have seen from set it definitely seems like a possibility. I think that it is likely some Avengers will travel back in time to collect the Infinity stones and we will see moments of the past such as the battle of New York and I think it would be great if we get an appearance form Quicksilver again. But going back in time may mean the Avengers coming face to face with themselves - which could be interesting.

2) Hulk and Banner
So this theory might be a long shot, I previously thought that perhaps Hulk and Banner would separate completely however I think they will now become one as Professor Hulk.

3) Steve will die
So someone is for real going to die and I think as I always have that Steve Rogers will be the one. I have many theories about how he will die. My top theory is that he will give his life so that Tony or someone can get the soul stone. I also have a theory that Steve might stay in the past and live his life with Peggie. But if Steve does die then either Bucky or Falcon (My bet) Will take up the Captain America Shield.

4) Tony Stark will die
Honestly I really don't want to write this one. I have been team Tony since day one and honestly the MCU would not be the same without him. But I think there's a huge chance he might die at the end of this film, I think he will die to save someone possibly Steve or Peter (If they manage to get everyone back). And if this happens I will most likely cry for a week.

5) Time Jump
So I think that a five year time jump will happen because Thanos is going to need time to recover from using the snap and it looks like he may have settled down as a farmer hence why his armour is hanging up in the first trailer and the Avengers need to re-group and come up with a game plan, this is not going to happen over night. Also from the look of the second trailer Black Widows blonde hair has grown out which would be a significant amount of time has passed.

6) X-Men cameo
As Disney has/is set to take over Fox it is highly likely that there will be a small cameo from a member of the X-Men and my theory is that it will be Wolverine. (Check out this post to find out who I think will be playing some of the X-Men characters:
https://thisisjustafilmblog.blogspot.com/2018/09/marvel-who-could-play-who.html ).

7) Vision of the future
Okay so I think it is highly likely there will be a vision of the future - if the Avengers are playing with time then nothing is impossible. This theory stems from the fact that there have been casting calls for multiple new characters.

8) Captain Marvel
Okay so my thinking is that Captain Marvel will line up the defeat of Thanos but she won't deliver the final blow. One thing is for sure I cannot wait to see how she gets on with the rest of the team especially when they see what she can do.

9) Hawkeye becomes Ronin
I don't know about you but I really missed Hawkeye in Avengers: Infinity War so I cannot wait for his return. But when we catch up with Clint I think he will have become Ronin and this change will be because he is the only member of his family to have survived the snap.

10) Gamora and Vision
I hate to say it but like Loki I really think that Gamora may be gone for good. Vision may be dead but I think that there is a slight chance that Tony with the help of Suri may be able to reanimate him.

11) The Eternals
This film would be the perfect introduction to the Eternals which is Thanos' race of people. I think that it is unlikely that Thanos will die in this movie and him surviving and the introduction of the Eternals could lead to another interesting layer to the MCU.

12) The Avengers will win
Infinity War broke the mould where superhero films are concerned the film ended with the hero's losing, which was heart breaking and also incredibly. But I think that End Game will end with the Avengers winning there will be some awful losses but they will win as Dr.Strange said 'It was the only way' they had to lose to win, which is so clever.

13) Dr. Strange
So this is a strange one (see what I did there) but I think the film could open with a flashback to Dr. Strange when he is looking into the future to see if the Avengers can win, and I think we may get to see glimpses into all of the different outcomes.

Also I love the fact that they have called it Endgame - I called this the second I left the cinema in April and I screamed when I saw the first trailer and realised that I was right!!!

I will keep this post updated with all the theories I think of over the next few months. I cannot wait for the awesome team up shot and the Steve and Tony reunion. I have so many questions that need answers. I honestly cannot wait for this film, one thing is for sure this film will shake up the MCU forever and it is likely we will all leave the cinema in tears. In the first trailer I found it really interesting that the trailer focuses on the original Avengers which I loved.

Who else is excited for this film?

Make sure you check out my Countdown to Avengers: Endgame here:
https://thisisjustafilmblog.blogspot.com/p/mcu-watchlist.html


As always thank you so much for reading x