Marvel - Who could play who?

on September 23, 2018
Hello everyone! So as I am sure most of you know about a month ago it was confirmed that Disney had Purchased some of Fox's assets including the remining Marvel characters: Fantastic Four and X-Men. This past week it has been hinted that Kevin Feige has now taken over control of these assets. If you didn't know Kevin Feige is the guy that is in charge of the Marvel Cinematic Universe - he is responsible for creating everything. So what does this all mean? Well it means that Disney can now make an X-Men movie or a Fantastic Four one. It also means that we could see the characters such as Professor X, Mr Fantastic, Wolverine and Storm to name a few pop up in the next few Disney Marvel flicks. Plus it was leaked that a certain character (Wolverine) may make an cameo in Avengers 4. How cool would that be?

The takeover certainly raises a lot of questions such as: Will the previous films be ignored? Will the two films that have already been filmed still be released? Will they recast? and so many more. The reason I decided to write this post is because I've had some ideas on who could play who if a recasting is the direction Disney have decided to take. So read on below to see who I think should play some of the biggest characters in the Marvel Cinematic universe.

I have a few ideas regarding who could play Wolverine - he has been such an important character in the X-Men movies to date and he even had his own Trilogy. So it would make sense for Disney to make him the first character to appear. However because of his popularity Disney may want this character to take a back seat.
Hugh Jackman 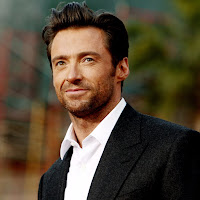 Jackman has played Wolverine forever and I find it hard to imagine anyone else playing him, but it does seem unlikely that he will continue to play the role. Plus if everyone else is recast would it make sense to keep Jackman? But I would certainly love it if he did continue.

Scott Eastward has not been shy when expressing his desire to play Wolverine. I personally think he would be a good casting choice. He is the right age and could totally pull of the costume.

Harrington best known for playing Game of Throne's Jon Snow may be a long shot, but I think he would make a great Wolverine, he matches the comic book image. Either way it would be great to see him pop up somewhere in the MCU.

Jean Grey aka Phoenix is one of the X-Men's most powerful characters and previously she has been played by two actresses. Considering one of the movies hanging in the balance is the Dark Phoenix one, Disney may decided to release the film before recasting. But I think it is unlikely that Sophie Turner will continue to play the part in the MCM considering the current X-Men films take place in the 1980s.
Holland Roden 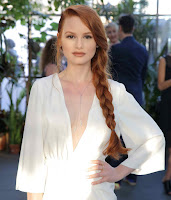 Another TV star Petsch is known for playing Cheryl in Riverdale. Again I think she would be a great choice and she totally has a great on screen presence.

Another main X-Men character is Scott Summers aka Cyclops, it is important that the actor they cast in this role has the ability to take on a leader like role, In pervious films this character has been 'dull' I guess - it would be great to see Disney show his leadership side.

Another Game of Thrones alumni, Madden would make the perfect Cyclops. He has shown great range in his roles from playing the prince in Cinderella to playing ex-army bodyguard in The Bodyguard. I think he could make Cyclops stand out. 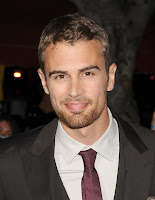 I first came across Theo James in the Divergent series. I think he would make a great Cyclops - not only does he have a the look. I think he would suit the headgear and he would certainly be able to take on a strong lead role.

Emma Frost is a power mutant that is both telepathic and has diamond skin. I think she could be a great powerful female character.  I think January Jones had The right image to play the role but she could have been so much better with direction and writing. So it would be great to see Disney actually get her right.
Blake Lively

Who doesn't love Blake Lively. I think she is a really interesting actress that would be able to make this role her own and would turn Emma Frost into the empowering character she could be.

She is relatively unknown I think Wilde would be a great choice to play Emma Frost, she has the look and she could even play the Triplet copies Emma makes instead.

Storm is the future wife of Black Panther so I would be surprised if she did not show up at some point. Also she is crazy cool and Disney could do with some of her storm creating powers. Storm was always one of my favourite X-Men as child so I cannot wait to see her on the big screen again.

Yes I know she has been in an X-Men movie before but I think she would make the perfect Storm. She rocks the white blonde hair, is a brilliant actress and would be a great addition to the MCU.

Kerry Washington often plays very strong female characters which is why I think she would make the perfect Storm. I could also see her alongside Black Panther which makes her the perfect choice.

Half of the Fantastic Four team, Sue Storm and Mr Fantastic are married superhero's. Honestly I have not been impressed with the film adaptations of either of these characters and I think Disney should get on with making a great Fantastic Four movie as soon as possible. 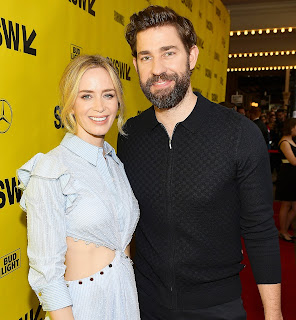 Married in real life Blunt and Krasinski would make the perfect Sue Storm and Mr Fantastic. I know I am not the only one hoping for the pair to be cast so I really hope that Disney is listening. With this pair at the lead I dont think Disney could go wrong.

Another main character from Fantastic Four, it would be great to see Disney's version of the Human torch. Considering the pervious two actors that played this role both took on great roles in the MCM. 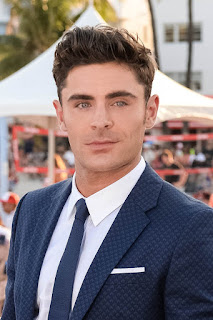 I am a huge fan of Zac Efron, I think he's a great actor that would be a great addition to the MCU. He would suit the Human Torch perfectly and I would love to see him in a superhero role.

So that is my list. I know I have missed a lot of characters but if I did them all we would be here for like a year haha. I think it will be interesting to see how they incorporate Magneto because he is of course the father of Avengers Scarlett Witch and Quicksilver.

Sorry for not posting in ages.