What I'm Watching on Netflix

on July 18, 2018
Recently I have found myself watching more and more on Netflix (Opps) so I thought I'd share with you all what I'm currently watching/what I have recently watched. I know this is a film blog but I watch a lot of TV shows so this list will be a mix of Films and TV shows. I hope you enjoy.

A show that follows a group of teenagers some with supernatural abilities as they protect Beacon Hills from a variety of threats. I first started watching Teen Wolf a few years ago whilst I was at uni. I remember loving it the first time and recently re-watched it all on Netflix (A few weeks ago they added season 6b - the shows final is one of the best I've seen). This show is way better than you'd think, its clever and actually pretty scary - some of the villains really freaked me out. Also this show at times has a great combination of songs and movie style score. My favourite character is Lydia, but there is honestly so many great characters in this show.  I'm sure I will be watching this again soon. 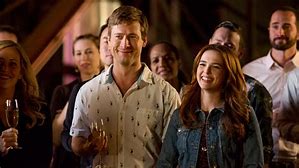 A Netflix original movie that revolves around two assistants that make a plan to set up their bosses in order to get a break from work. I watched this almost as soon as it was released because I loved the trailer and I was not disappointed. Yes the story is predictable - but what is wrong with that? Its funny, cute and easy to watch. So if  you want to watch something that doesn't take a lot of brain power but is still enjoyable then this is the film for you. 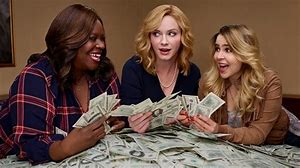 Okay so I cannot praise this show more, I started watching Good Girls this week and I've almost finished the season. The show which is made my NBC, focuses on three mothers that accidently get involved with a gang after robbing a supermarket. This show is captivating and super enjoyable whilst being funny. I really hope that there is going to be a season 2 and I really hope that we get to explore the relationship between Rio (Gang leader) and Beth (Mother of four). So if you are looking for a original crime show that manages to stay almost grounded then start watching Good Girls. 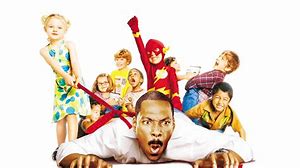 I watched Daddy Dare Care the other day, I wasn't really sure what to expect. I was just looking for a comedy when I found this film and I was surprised by how much I loved it. It's just so funny and adorable. The film follows three men after they have lost their jobs and decide to set up a day care and accidently get into a sort of war with a rival Pre-school. If you want to watch a classic Eddie Murphy comedy then this is worth a watch. 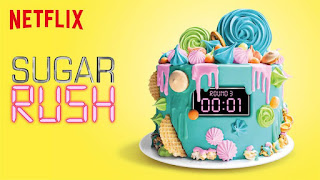 I love a cake cooking show and Sugar Rush showcases some great cake makers. In this show four pairs compete to win $10,000. Each episode has a theme that the contestants must incorporate into their cakes. There are three rounds and each pair must fight it out to make it to the final round. I have only watched a few episodes so far, but I have fully enjoyed it. So if you too enjoy cake shows make sure you check out Sugar Rush. 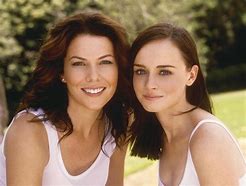 A show about a single mother and her daughter. I love this show, I used to watch it on TV and since I got Netflix I have re-watched it over and over. I literally put this show on all the time, I even play it as background noise. I don't think I'll ever get bored of this show. Although I will admit that when I was younger I used to love Rory Gilmore but now honestly I find her rather frustrating at times. Gilmore Girls: A Year in The Life is also on Netflix, I have also watched this several times but I hate what they did with Rory's storyline and wish she'd just end up with Jess already. My favourite character is obviously Lorelai but I also love Sookie (The only McCarthy character I like), Emily and Kirk. 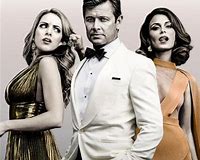 Remake of the 1980s series of the same name. This is a show that is full of drama and scandal! It is brilliant. The show gets better with each episode and I must have watched it twice already, so I cannot wait for season 2 which has been confirmed. I hope at some point we get some cameos from the original cast. What is great about this remake is the way it has been modernised, female characters are now business women for example, there is also better representations of race and sexuality which is great. If you like shows full of drama, sassy comments and shocking twists make sure you add Dynasty to your watch list. 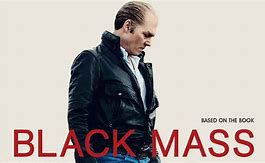 I first saw this film at the cinema and I loved it. I must admit to being a huge Johnny Depp fan, he is great in this film and its fantastic to see him play a role that is different to the roles he has been playing in recent years. The film is based on the true story of mobster James 'Whitey' Bulger and his role in working with the FBI whilst trying to smuggle weapons to the IRA. This film was recently added to Netflix and I think it is worth a watch. 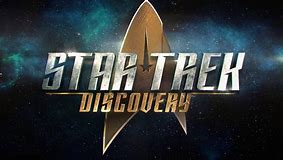 Someone recommended that I watch this show and honestly I really didn't expect to like it. But how wrong I was, this show is great! The narrative takes us on twists and turns that will have you trying to guess what's going to happen next, it certainly keeps you on your toes. The show is set roughly 15 years before the pervious Star Trek shows and follows the crew of USS Discovery a science ship that is working on developing a experimental organic propulsion system. The show is built on great and diverse characters that represent people from all backgrounds. I think this is a refreshing addition to the Star Trek Universe and cannot wait for the second season. 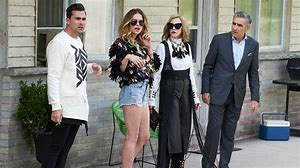 Okay so I stumbled upon this show one evening when I was looking for something new to watch and I hit the jackpot. This show is like nothing I've ever seen before, it is funny, emotional and honestly addictive. The show follows a family of four after they've lost their money and have to live in a motel in the small town of Schitt's Creek. From episode one I was invested in the characters and their storylines, I love how much each character has developed since that first episode. I could not even say which character is my favourite because I love them all - they are unique and wonderful and hilarious. One question I do have is what accent is Moira meant to have because I cannot work it out and I think it's brilliant. I can't recommend this show more - literally watch it now because it is pure genius.

So that's my list. There are honestly so many great films and TV shows on Netflix that I still need to watch, so if anyone has any suggestions please leave a comment.
Let me know if you have seen any of the shows/films on this list, would be great to discuss some of them in more depth.

As always please leave a comment/like/share.