on February 17, 2018
The one word I would use to describe Black Panther is WOW! I had been wanting to see Black Panther since T'Challa (aka Black Panther) played by Chadwick Boseman made his first appearance in Captain America: Civil War. The huge hype surrounding the film added to my desire to see it, and I can tell you now that Black Panther does indeed live up to the hype. Plus Black Panthers new costume is on point! 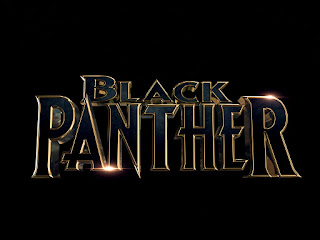 Whilst Black Panther is clearly a Marvel superhero movie, it is something completely original just like Guardians of the Galaxy was. What makes Black Panther so different is its tackling of social issues such as race, current issues (Such as refugees and foreign aid) and even gender. The representation of Women in this film are unlike anything we have really seen in a Marvel movie to date, they are strong, empowered fighters that will do anything for their country. As a woman myself I couldn't help feel proud whilst watching, seeing female characters in the role of 'protector' and 'fighter' is not a common theme in superhero movies (aside from Wonder Woman - which was awesome). The issue of race and history is woven throughout the narrative in a way that does not feel forced, culture is at the centre of Black Panther and personally I am so glad that this film was not white washed. If nothing else Black Panther has made huge strides in making the Marvel Cinematic Universe more diverse.


The plot itself is rather stereotypical of a superhero movie - good vs bad, fights, epic power shots etc... But what is different is its location, Black Panther is set in the mythical and advanced nation of Wakanda, when watching it is hard to believe that Wakanda is not a real place if I'm honest. The film follows almost directly from the events of Civil war with T'Challa about to become king after his fathers death. However his journey to become king is threatened first by Ulysses Klaue (Andy Serkis) and then by main villain: N'Jadaka (Michael B. Jordan). What is interesting about N'Jadaka is he is a villain with a purpose, he was made into a by his past (his is a product of King T'Chaka's mistakes), you cannot help but feel for him. N'Jadaka's final line is probably the most powerful line of the film, linking African heritage to the present day. Moreover he is actually a decent villain, his whole aura is powerful: a lot of Marvel villains could learn from him. My favourite character is however T'Challa's younger sister Shuri (Letitia Wright), she is intelligent, brave and the films comic relief.


Black Panther is also undeniably a beautiful film. The way it is shot is beautiful and clever, the uniqueness of some shots will take your breath away, from spiralling, to upside down, to genic shots that have a little added flare. The opening shot of Wakanda is a beautiful and epic shot, welcoming the audience to a whole new world. The use of colour is also impressive, the bright blues and purples are magical. During the scenes in the ancestral plain, the sky is this amazing pink, blue, purple combination and I mean would it not be so cool if our sky looked like that. The Score also adds to the beauty of the film, it is not what i would call a stereotypical orchestral score. The music in the film is again drawn from African culture and is beautiful. It completely fits the style of the film, so it was a great artistic choice.


Overall Black Panther is a great film and a much needed addition to the Marvel Cinematic Universe, I cannot wait to see T'Challa's next outing in Avenges: Infinity War. Also just want to mention Chadwick Boseman's epic eyelashes - like there is one scene and I was like WOW, I'm so jealous. If you have not yet listened to the soundtrack for this film I would highly recommend it, especially the Kendrick Lamar and The Weeknd song 'Pray For Me' (I have been listening to it on repeat since Monday).
I do not usually do stars but I'd give this film 5 gold stars!


Now that I've seen Black Panther my next post will be on my theories for Avengers: Infinity War!! So keep a look out for that.