Most Anticipated Films of 2018

on January 08, 2018
Happy New Year!! This post is a little later than intended but here it goes anyway. It is the start of a new year and that means there is a whole year of new films on the horizon. 2018 looks like an exciting year in regards to film releases, I have made a list of the films I am most looking forward to, so lets get to it: 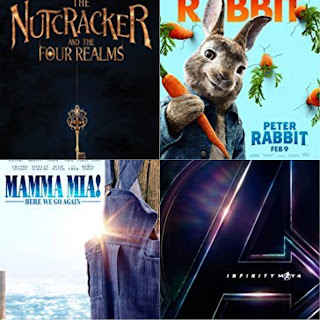 There is also one film that I want to be looking forward to seeing but I'm almost scared to:

These are just a few of the films I can't wait for in 2018, there are several others, but if I was to list them all we'd be here all week. Overall it looks like an exciting year for film, If you are looking forward to any films that I have not mentioned then please let me know in the comments.