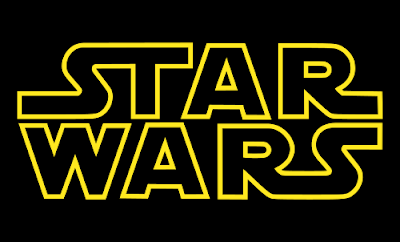 When I returned home from the midnight screening of Star Wars: The Last Jedi at my local cineworld,
I found myself wanting see what others thought of the film to see if it tallied with my own judgments.
So I went straight to google and searched ‘Star Wars: The Last Jedi Review’ clicking on the first result,
and what I read inspired me to write this. What angered me about the review I read relates to the trope
that the prequel Star Wars films are some sort of joke, a stain on the Star Wars legacy. I am a huge fan
off all of the Star Wars films, but I grew up with the prequels, I was introduced to Star Wars through the
prequel trilogy and personally I enjoy them. Yes they may not be perfect, but I don't really understand
why it has become ‘cool’ to hate on them.

In the review I read it stated that Star Wars: The Last Jedi makes huge strives to separate itself from the
prequel trilogy however from my viewing experience I disagree. For starters Luke Skywalker (Mark
Hamill) references the events of the prequels. It is a reflective statement on Luke's past and the past of
the Jedi order. If nothing more the prequels offer a history to the original films adding  depth to the Star
Wars universe. But his statement also seems as if he is using the events of the prequels as a reason for
the jedi order to end, this line relies on the viewer to have watched the prequels to fully understand Lukes
reasoning. Moreover I noticed a great deal of links even mirroring between Star Wars: The Last Jedi
and Star Wars: The Revenge of the Sith. In one sequence Kylo-Ren (Adam Driver) says to Rey
(Daisy Ridley) ‘We can rule the galaxy together’ this is incredibly similar to the line Anakin (Hayden
Christensen) says to Padme (Natalie Portman). ‘The Last Jedi’ also plays with the mirroring between
Darth Vader and Kylo-Ren, they both destroy a Jedi temple, the shot of Kylo-Ren walking into the rebel
base at the end of ‘The last Jedi’ is almost the same as the scene when Anakin walks into the Jedi
temple.  So for me the film does not distance itself from the prequels rather it links itself to them, just as it
links itself to the Originals. Furthermore Kylo-Ren says ‘Let the past die’ repeatedly, to me this line it's not
the films way of saying let's move on from the prequels like the haters would interpret. Rather it is a way
of saying this is the start of a new generation of Star Wars and we should move on from both the
prequels and the originals.

The Film itself is split into two parts in my mind: absurd and absolutely awesome. The opening works
well, with the ever heroic Poe (Oscar Isaac) taking on more than he really should. But after the opening
battle the film succumbs to what can be called clunky narrative, full of almost unnecessary plots, the
introduction of far too many new characters and haphazard editing that jumps from one character to the
next at seemling random moments. Finn (John Boyega) is largely part of this clunky narrative, which
does not allow his character to shine until the end. The introduction of Rose (Kelly Marie Tan) is a
welcome one, she is clever, witty and brave and a great addition to the film. Sadly other characters
such as R2-D2 are given an unsatisfactory amount of screentime which will be disappointing for most.
Luckily  the clunky-ness is over within about 30 minutes, I am not saying that these 30 minutes are
unenjoyable, they are backed up by a great dose of marvel avengers style humor which is enjoyable
if not a little out of place at times. Then the film becomes what I can only describe as AWESOME!
From lightsaber fights, narrative twist after narrative twist to stunning visuals, The Last Jedi comes
into its strive. The real surprise of this film is the relationship between Rey and Kylo-Ren, the film
focuses on the complexity of who they are in relation to one another. This relationship takes an
unexpected turn that leads to an unforgettable scene and we get to see a softer side of Kylo at points.
I do not wish to spoil any more of the film all I will say is Luke was not wrong when he said ‘This will
not go the way you think’ in the trailer.

Overall I would give Star Wars: The Last Jedi 4 out of  5 stars, simply because I cannot ignore the in
part clunky narrative. However I will be watching this film time and time again because it truly is
entertaining and a great sequel to The Force Awakens whilst being incredibly original. Hopefully others
will agree with my opinion that the film does not strive to separate itself from the prequels and some day
the stigma towards them may fade. Please let me know what you think of the prequels and what you
thought of the last jedi.

I now have a Facebook page YAY! Please give it a like to keep up with my blog posts click the link or just search for @justanotherfilmblog
https://www.facebook.com/JustAnotherFilmBlog/?view_public_for=242769742958797